Yesterday upon returning home, I logged into the game and found a brand new pilot in our public channel.  I asked him if he needed assistance, and he stated no.  He stated that he was aware of the corp's issue with trial accounts and he would soon be deciding on whether to pay for the game and dedicate to it fully.  I asked if he had spoken to a member of the corp, and he stated yes, but before I could inquire who he spoke to I had a small emergency with one of the dogs which required me to go AFK.  When I returned, he had logged off.

This got me to thinking about trial accounts in general, and what CCP as well as NJED are trying to do.  CCP with the release of the "This is EVE" video was looking to increase exposure to non-EVE players in the hope of getting them to try the game, and most importantly getting them to commit to not just a single month of the game, but beyond that.

NJED is looking to help out in that second part by trying to fill an area that is sort of lacking in the game today.

There are corporations that take on brand new players to game and provide training.  Eve University is the most famous and Brand Newbies is a newer version.  These two corporations are very good for the roles that the play in the game, but they are much different than what we are attempting to do in New Jovian Exploration Department (NJED).  Eve University is great for members looking to learn about the game, but it is a large organization which is not necessarily focused on exploration.  They do have classes on exploration, but they literally cover all aspects of the game.  Brand Newbies is more inline with combat and null sec warfare now that they have decided to take part in those activities.

There are exploration corporations in the game, but these corps do not generally accept brand new pilots in game, or ones who would require some level of  "hand holding" or assistance with general aspects of the game.

We are trying to fill both of those roles.

NJED is focused on trying to be an exploration based corporation, but also to be strong in relation to providing assistance, tips, advice to new pilots starting to learn the game or veterans returning to EVE who are interested in learning the exploration side of the game.

Having said that, I wanted to clarify our corporations stance on trial accounts.  We welcome trial accounts.  These are the exact type of pilots who are just starting the game and who are looking for a particular niche to latch onto.  People have spoken of the learning curve in EVE, and I have to admit that it is very steep and dangerous. 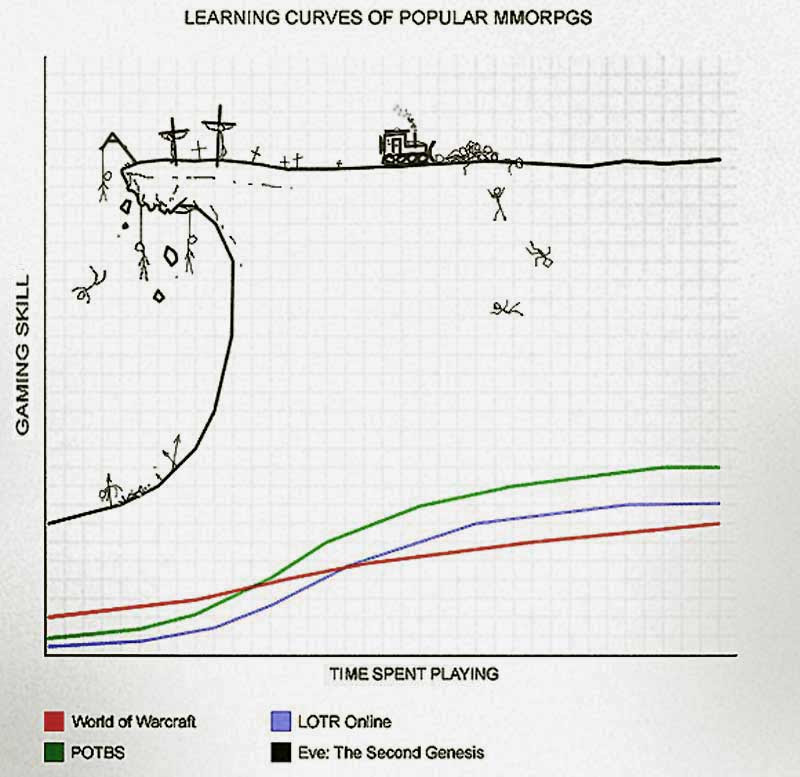 But, I love this game and the learning curve is part of that love.

Our corporation really does not face very much risk at all from trial accounts.  If a pilot starts an account, and tries the game but gives up after 14 days, the only thing our corporation has lost is about 50 million ISK in the skillbooks, ship and implants that we have given to the member.  However, if we can get one pilot to commit to the game even through the trial process, I chalk that up as a win for NJED and a win for CCP.
Posted by Aurra Jol at 6:04 AM