Indices, now they actually have meaning...

Ever since the last re-vamp of sovereignty in 2009 with Dominion, EVE has had an index system within player controllable null security space.

Certain systems have always been consistent with their indices, others have changed over the course of time.  This could be to changes in owners, level of PVE activity within the holding entity, and finally renters.

With the dev blog release on Tuesday from @CCP_Fozzie, we now see that the plan is to provide additional incentive to actually use the space that you hold.  Each system has a base timer for attacking forces to take advantage of the Entosis module.  System structures (TCU, iHub, Station) have a base time of 10 minutes.  Station services have a base timer of 5 minutes.  For each level that your indices are at, it increases the amount of time that the attacking force must spend to gain control over the object being targeted.

There is some speculation in the community regarding what will be done in the future with null sec residents.  As mentioned earlier, there are systems with high index levels, and there are some with nearly zero. 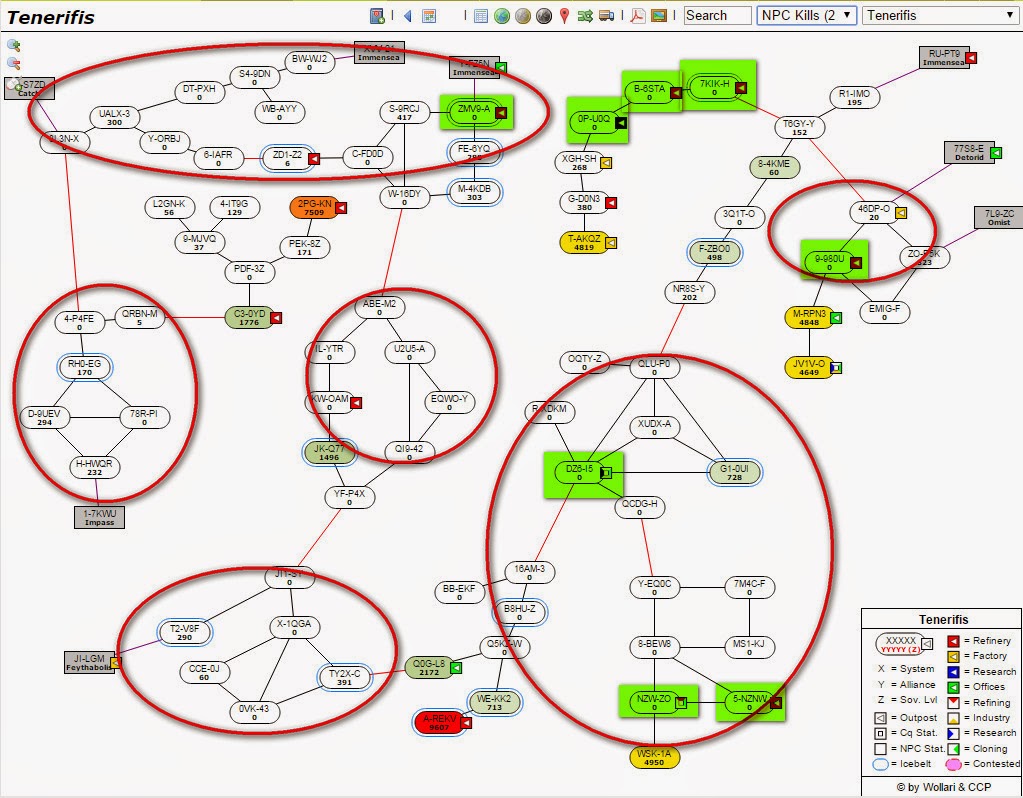 This map was taken as a screenshot on Tuesday roughly 10 hours after the blog was released.  The systems with colors in white or highlighted in green have nearly no ratting activity.  It is possible that there is mining taking place, but no matter what the residents of Tenerifis are not taking advantage of their systems.

This will be the key in the future.  The changes to sov mechanics now mean that more alliances will be able to engage in sov warfare even without having a massive super capital fleet at their disposal.  However, to maintain that space and make it as difficult as possible for an attacking force to attempt to take over you actually need to use your space, both mining and ratting.

I for one am very excited about these changes and I look forward to engaging in activities where we can turn over an apple cart or two in null sec.  A Band Apart. official has no interest at this time in taking sov space.  However, we are all about content and looking for it wherever we can find it.